Aprils Fools’ Day has come and gone for another year – did you all get pranked? We do enjoy April Fools’ Day here at The Mitre and it’s easy to get sucked into the spirit of the day. Although, we probably like doing the joking rather than being the one getting pranked! How many of you fell foul to a few jokes from friends, family or colleagues yesterday? Remember, if it happened after 12pm the jokes on them! It’s actually amazing that so many media outlets like to get in on the mischief, planting false news stories to try and catch out the public. Although I don’t think anything will top the spaghetti tree story by the BBC way back when! 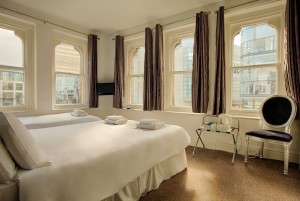 We actually didn’t pull any pranks this year but regularly people think we’re can you buy viagra at walgreens taking the mickey when they hear how much our hotel rooms are. We’re one of few city centre hotels Manchester that don’t expect you to re-mortgage your house to pay for a hotel room. It’s kind of a catch-22 really as people see our rooms and don’t expect us to be a budget hotel because they’re so lovely, and when people find out how much it costs to stay in one of our rooms, they expect a pretty standard and lacklustre room!

It’s a good job we didn’t put out a social media advert promoting our hotel yesterday or people wouldn’t have believed us! If you’d like to book a room in one of the few city centre hotels Manchester that is both beautiful AND budget then get in touch with us today.