Bad news for everyone who has tickets to tonight’s Fleetwood Mac show at the Manchester Arena because unfortunately, it’s been cancelled due to illness. The band had previously cancelled a performance scheduled elsewhere in the country for the same reason, but everyone had hoped the Manchester gig would go ahead. What makes the whole thing worse is that instead of rescheduling the show for a later date, refunds have been given out to all who bought tickets. It looks like a lot of people are going to be disappointed and will be finding themselves without plans on a glorious Friday night!

Well, if you’ve been let down by Fleetwood Mac, we can think of something to fill buy pfizer buy alprazolam india viagra online your free Friday night – a night of food and drink at your favourite budget hotel in Manchester! Here at The Mitre, we’ll do our best to keep you entertained, and keep your mind off your disappointment. After a scrumptious dinner, that can be enjoyed out in the sun in our patio area, and a few cooling refreshments, we guarantee you’ll forget all about Fleetwood Mac. We might even put some Fleetwood Mac on the sound system if you really want! 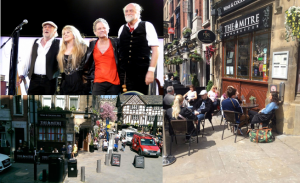 Come and enjoy the last of the sunshine, before it disappears for the weekend, at your favourite budget hotel in Manchester