Well the sun is out and it’s hit 20C here in Manchester city centre. Hurrah! Is there anything more we could want in life? Well, chart-topping pop sensation Ariana Grande is bringing her impressive vocals to the Manchester Arena tonight with support from British band Rixton. The Honeymoon world tour will include all her hit singles including, Problem, Break Free, Bang Bang and Love Me Harder. Phew, we forgot she had so many great songs!

We’re in a poppy, summery mood down here at The Mitre, being the best budget hotel in Manchester does put you in an especially good mood. But the sun is helping too! If you’re planning on going down to the Ariana Grande gig tonight, then why not nip by The Mitre and have a quick bite to eat and a drink to get you started on your evening? 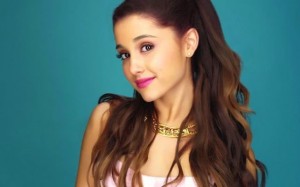 As the best budget hotel in Manchester we guarantee a beautiful meal and a few drinks without you having to break the bank. And, if after you’ve finished dancing the night away to Miss Grande you decide that you want to spend the night in Manchester, why not book into one of our luxurious but affordable rooms?

With most budget hotels in Manchester you have to compromise on location but not with The Mitre. We’re so close to the arena we’ll probably be able to hear Ariana Grande belting out her songs!

It’s sunny, it’s nearly weekend and there’s a great show going on next door, why wouldn’t you come down to the best budget hotel in Manchester for some food and drinks this evening?