Manchester is a massive cultural hub of the North of England known internationally for the genesis of the industrial revolution, right at the heart of Manchester. Culturally rich with a long history of making its mark in industry, politics, art, science, sports and music, Manchester has a wealth of galleries, museums, libraries and tours to please absolutely everyone.

With the Sightseeing Manchester guided bus tour you could do it in 90 minutes! Most people don’t just go to Manchester once and a day certainly isn’t long enough to explore to the top of Cloud 23 to every underground speakeasy bar but the open-bus tour is an excellent overview of Manchester’s biggest and best attractions.

The tour includes attractions in the city centre as well as Salford, down to Media City and also incorporating Manchester football stadiums, The incredible Town Hall and the awe-inspiring  Museum of Science and Industry to name just a few on the 15-stop tour.

The guided tour is narrated by Dominic Monaghan so if we’ve any Lost or Lord of the Rings fans you’re in luck! It operates a hop-on/hop-off facility so you’re free to disembark the tour to get a closer look at the attractions – we strongly recommend that you do! You can hop back on the next tour bus that comes along with your ticket and resume discovering Manchester.

Ticket prices are super-reasonable from £6 concessions to £12 for four adults. You can catch the sightseeing tour bus from the Town Hall, Piccadilly Gardens, the National Football Museum, Salford Quays (Media City), Manchester United Football ground and the Museum of Science and Industry to arrive at the beginning/end of tour at Albert Square.

The Mitre is a great place to stay if you’re here for one night or for a long city escape. We’re located in the centre of Manchester, close to the football museum featured on the tour.  We served breakfast, and evening meals in our downstairs bar and restaurant areas with a welcoming atmosphere. To enquire about vacancies at The Mitre please call 0161 834 4128. Welcome to Manchester! 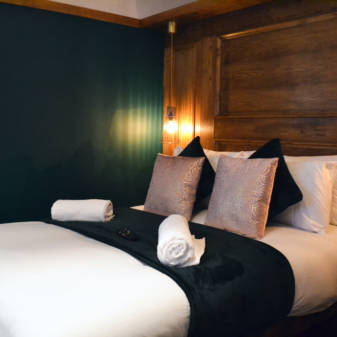 Enjoy 30% off your stay at The Mitre

Planning a trip to Manchester this summer? If you are looking for accommodation then look no further than The Mitre Hotel. We have a range… 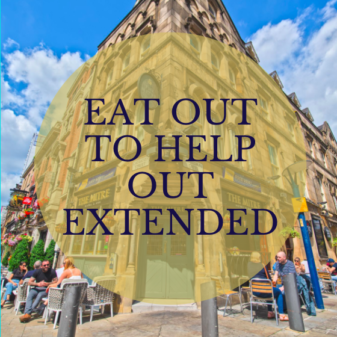 Eat Out To Help Out EXTENDED

Due to the success of Eat Out To Help Out we have decided to extend the offer for September also. This means that you will… 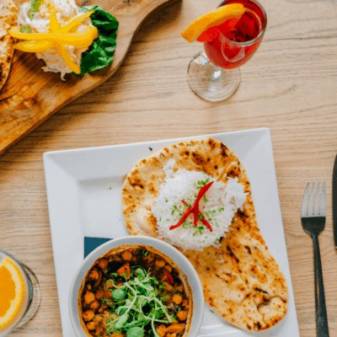 20% OFF food & drink for hotel guests

Book a stay with us and get 20% off food and drink in our Restaurant and Bar during your stay. Dine with us in our… 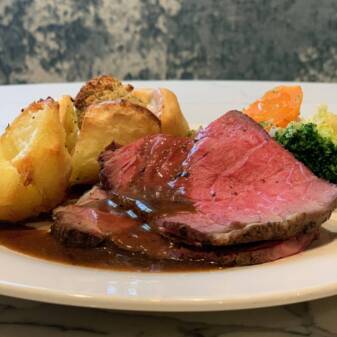 Enjoy a selection of delicious roast options along with some of our best selling dishes from our main menu. Available from 12pm onwards from Sunday…